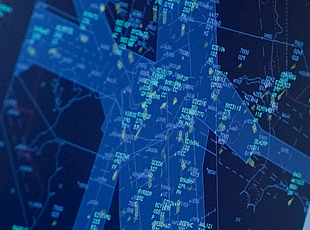 Forty in-depth interviews were performed with valid area ATCOs working currently on iFACTS, representing circa the 11% of the total population of controllers. Findings reveal that, together with the achieved benefits in safety and increased capacity, the nature of the ATC task might have been somehow changed by the introduction of iFACTS. The main human factors implications according to the interviewed sample of the ATCO population were: