The en route and approach system are more or less ”paperless” as standard today and the way for the ATCO to produce ATS and ATC is considered smooth also various tools assist the ATCO when looking for conflicts and efficient solutions.

However the development for TWR ATCOs is somewhat a few steps behind. The technology exists but the economic incitement is difficult to point at. In many cases the equipment is owned by the Airport and the investments must be approved by the customer of the ATS provided by an ATCO who often works for an ANSP with a clear customer – seller relation to the Airports. A number of future implications can already today be spotted. 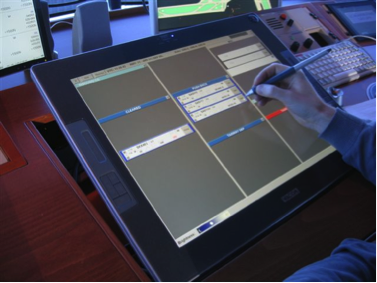 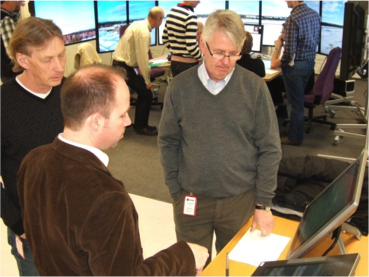 Redesign of the e-strip was initiated as a consequence of adapting it to the Remote TWR requirements. The opportunity to integrate a RWY occupancy tool was spotted. The traditional markers for vehicles used to be a magnetic item supposed to be manually brought into a “mimic” of the RWY / TWY and then manually moved away. This follow up of the vehicles status was accompanied with a flight strip often RED to be put in the flight progress board itself. A simple and cumbersome procedure with safety related information in different places not linked to each other. A delicate Human Factors situation. ANSPs and LFV has recorded several malfunctions of these procedures that rendered in RWY incursions.

Could there be a tool or automation that could assist the ATCO? Yes, the solution below is constructed upon the existing e-strip system. An area was dedicated to a mimic of the RWY/ TWR system. The ATCO can easily move things in and out of this mimic. When there is a vehicle inside the RWY/TWY system the possibility to move a flight strip into departure or clear to land is blocked. The RWY is also framed by a red box. 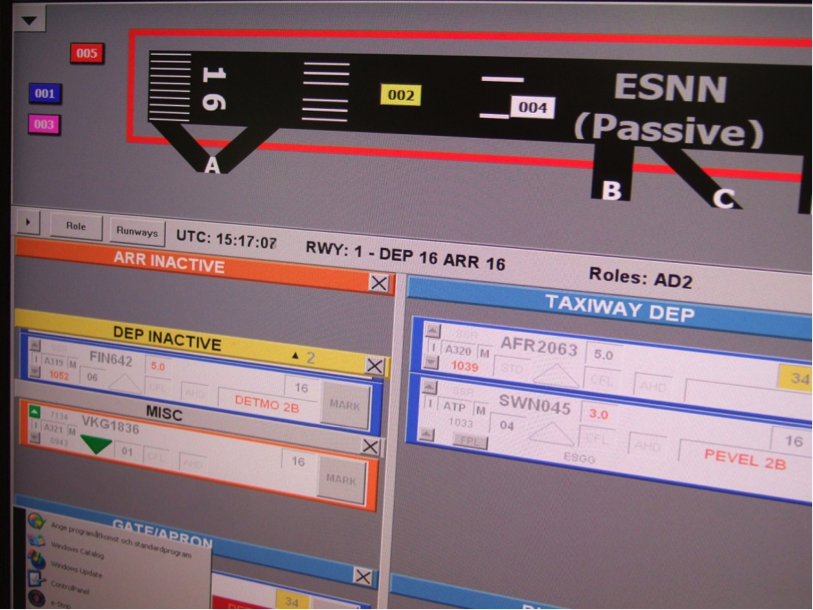 CONS & what could be done better