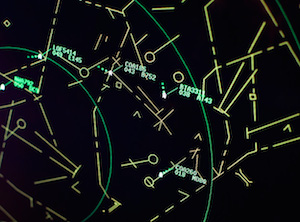 Ensure that the new automation can be seamlessly integrated with existing operational tools, tasks and procedures.

Aviation operations personnel use many tools to manage various situations. As new automation is developed and implemented, its use must be harmonized with existing tools to make it work safely and efficiently. New automation should not increase operational complexity beyond appropriate levels or increase user workload beyond the capabilities of the users.

Increased risk may be introduced if a newly deployed system does not integrate well into the operational environment. Even if each system can independently operate in a safe manner, the cumulative effects of multiple independent systems can increase workload and potentially lead the user to incorrect conclusions. For example, two independent systems may provide seemingly conflicting information to the user. Automation designed with integration in mind may reduce the likelihood of conflicting information or may include additional information to help the user understand the reliability and basis for each system’s information.

Designers should understand the context of existing systems, tasks and working conditions. It is also important for automation designers to understand the culture and attitudes of the users to make the new system fit the users instead of trying to make the users fit the new system. Ensuring design consistency across various systems is also important. The multiple automation systems used by a particular group of users should contain similar controls and interface logic. By designing a new system consistent with existing systems, training time can be reduced and errors can be minimized. Integration issues may be especially challenging with commercial off-the-shelf products that are not tailored to a specific operating context.